Issue 9 (Spring 2008) of Eusebeia: The Bulletin of the Andrew Fuller Center for Baptist Studies is now available in print form. This included many of the papers presented at the 1st annual Andrew Fuller Center for Baptist Studies conference held at Southern Baptist Theological Seminary in 2007. These articles focus on “reading Andrew Fuller” and deal with his theological influences from men like Owen to Edwards. Included also are articles on Fullers’ view of the atonement and the relationship between John Ryland Sr. and Jr. and John Erskine. The table of contents are as follows:

117 “Sense of the Heart”:  Jonathan Edward’s Legacy in the Writing of Andrew Fuller
Chris Chun

183 The Letters of John Erskine to the Rylands
Jonathan Yeager

To purchase a copy of the journal or subscribe to it contact Steve Weaver at andrewfullercenter [at] sbts [dot] edu.

The Purpose of Christian Biography

“The great ends of Christian biography are instruction and example. By faithfully describing the lives of men eminent for godliness, we not only embalm their memory, but furnish ourselves with fresh materials and motives for a holy life. It is abundantly more impressive to view the religion of Jesus as operating in a living character than to contemplate it abstractedly. For this reason we may suppose the Lord the Spirit has condescended to exhibit, first and principally, the life of Christ; and, after his, that of many of his eminent followers. And for this reason he by his holy influences still furnishes the church with now and then a singular example of godliness, which it is our duty to notice and record. There can be no reasonable doubt that the life of Mr. Pearce ought to be considered as one of these examples. May that same Divine Spirit who had manifestly so great a hand in forming his character teach us to derive from it both instruction and edification.”

“Listening to the Past – Lessons from Andrew Fuller” 17 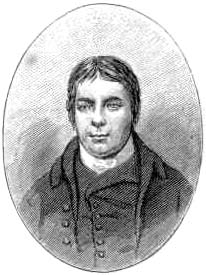 Fuller rightly responds to people who want to be part of a broad religious group without a commitment to their local church. It seems the problems we face today existed in Fuller’s day just the same. The following entry comes from The Works of Andrew Fuller, III:797.

“There appears to be a mistaken idea, to commonly prevailing in the religious world at present, respecting what is called a party spirit. Many professors, while they endeavour to promote the interests of religion in general, too often neglect to pay that attention which id due to the interest and welfare of that class or denomination of Christians in particular with which they are or have been connected. It is not uncommon to see one of these “candid” Christian professors keep at a distance from his own denomination, or party, where that denomination stands most in need of his countenance and support; while he associates with another pat, which is sanctioned by numbers and worldly influence. And when the inconsistency of his conduct is hinted at, he will excuse himself by saying, in the cant phrase of the day, That it is his wish to promote the interests of religion in general, and not to serve a party. I wish some of your correspondents would expose the conduct of such fawning professors i its true colours; and endeavour to convince them that in vain are all pretensions to Christian candour where consistency and integrity are wanting.”

“Listening to the Past – Lessons from Andrew Fuller” 16

This following portion is taken from The Works of Andrew Fuller, I:111. In this passage, Fuller is warning about the dangers of blindly following tradition without letting Scripture be our foundation and guide. He uses a farming analogy to prove his point.

“My father was a farmer, and in my younger days it was one great boast among the ploughmen that they could plough a strait line across the furrows or ridges of a field. I thought I could do this as well as any of them. One day, I saw such a line, which had just been drawn, and I thought, ‘Now I have it.’ Accordingly, I laid hold of the plough, and putting one of the horses in the furrow which had been made, I resolved to keep him walking in it, and thus secure a parallel line. By and by, however, I observed that there were what might be called wriggles in this furrow; and, when I came to them, they turned out to be larger in mine than in the original. On perceiving this, I threw the plough aside, and determined never to be an imitator.”