I for one would love to see more confessionalism in evangelicalism and especially more formal liturgy in our churches. I think we have lost much in the free church movement when we abandonend formal liturgy for a more “haphazard” approach.

Book Notice – The Advent of Evangelicalism

I have been informed by Kenneth Stewart, co-editor of this book, that it will now be more readily available in North America. I had previously ordered my copy from IVP-UK (actually and still have not received it!) as I was unsure when it would be available here. Well, here it is straight from B&H Publishing! The following is from the website:

David Bebbington’s 1989 book, Evangelicalism in Modern Britain: A History from the 1730s to the 1980s, offered an interesting hypothesis regarding the genesis of that movement. He argued that evangelical religion had emerged as a substantially new entity through trans-Atlantic evangelical revival in the 1730s and had taken a collaborative rather than contradictory stance towards the Enlightenment. In both respects, Bebbington distanced himself from older interpretations that held the opposite view.

Now, after nearly two decades, the ‘Bebbington thesis’ has gained very wide international acceptance, and a review of its central arguments and implica- tions is presented in The Advent of Evangelicalism. In this stimulating volume, numerous scholars from arts and theology faculties on both sides of the Atlantic—representing several countries, and united by an admiration of Bebbington’s work—take up various aspects of his 1989 volume and offer re-assessments. David Bebbington himself offers a substantial response.

You can purchase it here from B&H.

A Blight on Evangelicalism 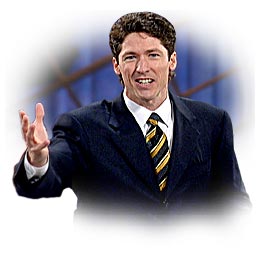 Joel Osteen – A Blight on Evangelicalism

Evangelicals: Want to know why thousands of us are looking toward Rome? How bad can Marian dogmas and purgatory be in comparison to a movement that has tens of millions of people hailing Osteen as the great Christian proclaimer of our age? From Graham to Osteen. God help us. You cannot help but feel dirty.

Check out the full critique of the recent 60 minutes program on Osteen here.